The popularity of wearable smart gadgets, often known as wearables, has grown steadily over the previous 10 years, gaining a devoted following among customers. In addition to smartwatches, such as the Apple Watch, there have been and continue to be many other types of wearables introduced and developed over the past several years. Head-mounted displays (HMDs) and clothing and jewellery are only a few examples of modern wearable technology that is currently available on the market. In addition to performing many fundamental computing operations, similar to those performed by laptops and smartphones, these devices can also provide unique health-tracking services (such as calorie tracking and sleep monitoring) as a result of being in close physical contact with their users.

The use of wearables in the workplace is likely to become increasingly common over time, and businesses should explore if these technologies can be used to make their workplaces more productive and connected in the near future.

Continue reading for a list of six various forms of wearable technology that have notable business, personal, and health uses in today’s modern work environment. Because these examples of wearable technology are likely to come in your workplace in the next years, you’ll also gain an understanding of why each item on the list of wearable devices is so critical to your business. Smartwatches are probably the most well-known and most widely-used smart wearables in the workplace today, and for good reason. A wristwatch connected to a smartphone allows the wearer to read and send new messages directly from their watch, removing the need to hold and display one’s smartphone while doing so. Users can now obtain an electrocardiogram heart reading from their Apple Watch without the use of any additional accessories starting with the Series 4 product line, and the Matrix PowerWatch Series 2 can charge itself using solar power and body heat instead of electricity, demonstrating how smartwatch designers are constantly innovating.

The following are the reasons why you should be familiar with smartwatches: Despite the fact that smartwatches are the most common of the different types of wearable technology examples, they can be a source of distraction in the workplace; even when workers’ smartphones are stowed away during a meeting, workers can read the news and communicate with one another using their smartwatches. Additionally, because smartwatches run on their own operating systems, businesses will need to think about how to account for wristwatch software while managing their networks and networks in general.

A logical conclusion to continuing research into how to incorporate health-tracking capabilities into compact smart wearables has resulted in the development of smart jewellery. The smart ring is likely to be the most popular type of smart jewellery by 2021, according to industry experts. Smart rings, as exemplified by brands such as Oura, are worn on the finger like regular rings while simultaneously collecting health-tracking data that the user may later analyse on a smartphone. Smart rings are becoming increasingly popular. From bangles to bracelets, there are countless other variations on the theme of smart jewellery to choose from, with some designs even developed by well-known fashion houses. It is expected that the Joule, a smart health-tracking gadget that also serves as an earring backing, will broaden the spectrum of viable smart jewellery in the near future. As an earring backing, the Joule effectively allows any earring to join the list of wearable computing devices.

The following are the reasons why you should be familiar with smart jewellery: While smart jewellery may be less obtrusive than a smartwatch, it may provide a less intrusive means of monitoring one’s health while at work without compromising the health insights that can be obtained. Companies wishing to encourage staff to live more active lifestyles may consider sponsoring or supplying smart rings or other jewellery in lieu of more well-known wearable technology such as smartwatches, as an alternative. 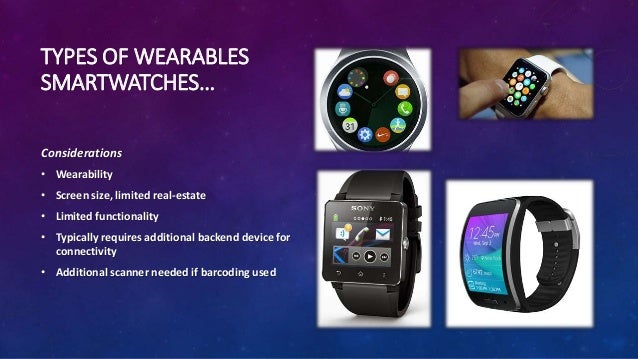 Fitness trackers, the modern successor to pedometers, are the next in line of wearable technology examples to be discussed. They track the number of steps walked, the heart rate, the number of calories expended, and a variety of other fitness measures. When it comes to fitness tracking devices, the line between them has become increasingly blurred; fitness-oriented products (such as FitBit’s line of fitness trackers) now include smartwatch features such as phone notification alerts, and smartwatches now include a variety of fitness tracking options and capabilities. Fitness trackers, on the other hand, are typically less expensive because they have fewer features and are designed primarily for functionality rather than for aesthetics.

The following are the reasons why you should be familiar with fitness trackers: Fitness trackers used to be devoid of many of the distractions that made smartwatches potentially disruptive at the workplace. As fitness trackers obtain more and more of the features associated with smartwatches, businesses should reevaluate their use of these devices and take into account the potential distraction they may cause.

The ability to make contact with a broader portion of one’s body than other instances of modern wearable technology allows smart clothing to deliver deeper insights than previous examples of wearable technology, enabling enhanced tracking for both medical care and lifestyle betterment. When it comes to wearable technology, Samsung conducts extensive research and has filed a number of promising patents; if any of these patents are turned into commercially available products, Samsung could release smart shirts that can diagnose respiratory diseases and smart shoes that can monitor running form in the near future. In addition to many other types of smart clothing, consumers can already purchase Siren Socks (intelligent socks that can detect the development of foot ulcers), Nadi X smart pants by Wearable X (yoga pants that vibrate to improve form during yoga exercises), and Naviano smart swimsuits that provide alerts when the user should apply sunscreen, among many other types of intelligent clothing.

Businesses have also begun to employ smart clothes as a means of increasing customer loyalty to their brands. Tommy Hilfiger experimented with adding location-tracking features to its Tommy Jeans Xplore line of apparel, providing a one-of-a-kind example of wearable technology in action. This allowed the apparel to detect how often the buyer wore it, allowing Tommy Hilfiger to reward frequent wearers with additional Tommy Hilfiger merchandise.

Because smart clothing will be increasingly popular in the future years, businesses will be forced to examine their dress codes and determine whether or not to allow smart clothing in meetings, networking events and other settings. Employees’ inquiries regarding wearable technology should be anticipated, and dress regulations should be updated in advance of the trend. This will prevent issues with wearable technology from arising in the first place.

Implantables make touch with the user’s body from the inside, rather than via the skin, as opposed to external devices. The now-bankrupt company Proteus, for example, used to manufacture sensor-containing pills that could monitor blood pressure and other health metrics; after the patient swallowed the pills, they could wear an external device that allowed them to easily monitor the data generated by the sensors within the body. Patient-friendly smart tattoos may also become available in the near future for those who want an easy solution to ensure that they always remember to bring their monitoring equipment with them to appointments.

The following are the reasons why you should be familiar with implantables: Companies frequently need to explain regulations for employees who are utilising older implantable devices, such as pacemakers, when performing work that involves technology-sensitive components (for example, magnets). Implantable technology will provide new logistical wrinkles to safety rules, and as a result, organisations should conduct study into new implantable devices and update their safety protocols as necessary.

In spite of their name, head-mounted displays (HMDs) are a bit bigger than the majority of wearable computing devices on the market. They are worn on the head and provide a display that is inside the user’s field of vision, allowing the user to utilise the device without having to glance down at a phone or smartwatch display. Depending on the HMD, users can have a variety of experiences. HMDs can be used as monitors, to display information superimposed over reality via augmented reality (AR), or to entirely immerse the user in a virtual reality (VR) environment.

For starters, there are functional head-mounted displays (HMDs) that are independent from AR and VR HMDs. Take, for example, Vufine, which manufactures smart glasses that allow users to monitor the video output of devices such as drones in real time while wearing them.

AR head-mounted displays (HMDs) enable users to engage with both digital information and the real-world environment that surrounds them at the same time. Indeed, the digital information that is being shown has the ability to interact with the surrounding environment. Simple applications of this technology, such as those found in smartphone applications such as Pokémon Go, have already shown to be popular with customers. A few of the most promising augmented reality head-mounted displays (HMDs) projects are Magic Leap’s Magic Leap One and Microsoft’s HoloLens 2, both of which have a wide range of potential uses in both enterprise and consumer settings. However, despite the fact that these gadgets are now geared for developers and cost several thousand dollars per unit, augmented reality glasses from businesses such as Vuzix are already available for purchase by the general public at a reduced cost. 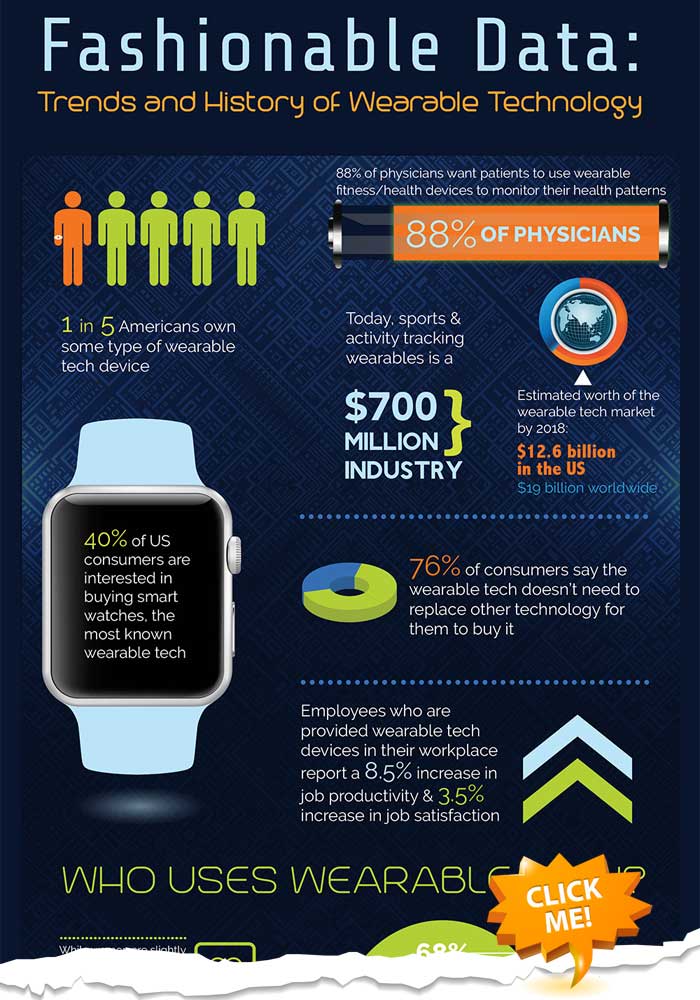 The following are the reasons why you should be familiar with head-mounted displays: AR and VR technologies are being used for a growing number of professional and possibly distracting recreational reasons, ranging from employee training to gaming, and are becoming increasingly popular. Businesses who wish to equip their employees with workplace HMDs that can also be used for recreational activities should proceed with caution.


In order to keep up with the increasing number workers who bring these types of wearable devices into the workplace, businesses will need to figure out how to harmoniously integrate these devices into their networks while also making sure these new devices do not negatively impact employee productivity. 42Gears UEM can sync wearable computing devices such as Apple Watches and smartwatches running Google’s Wear OS, as well as a variety of virtual reality gadgets, with an enterprise’s network of other devices, reducing the number of possible distractions available to your employees. More information about 42Gears’ Unified Enterprise Management solutions may be found here.